Welcome to Charlotte, North Carolina! Madison Homebuilders is proud to support our local community by building custom homes both in and around the Charlotte area. If you’re new to Charlotte, or considering a move to our great city, we’ve compiled a few facts and links that we thought were worth sharing. 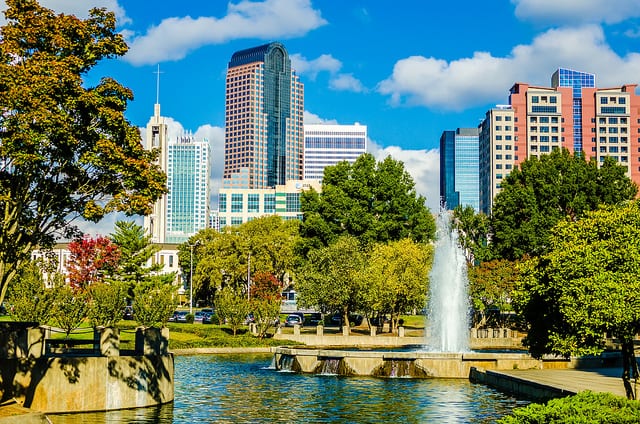 Once known as Charlottetowne, Charlotte, North Carolina was renamed in 1762 to honor Charlotte Sophia, a British queen born in Mecklenburg, Germany. It’s no coincidence that the city is located in Mecklenburg County.

Charlotte is the largest city in North Carolina and the 17th largest city in the United States based on population, which as of the 2012 census was 775,202. If you include the surrounding metro areas, the population increases to 2.3 million and ranks as the 23rd largest metro area in the nation.

According to payscale.com, the cost of living in Charlotte, NC is 9% lower than the national average. Combined with low crime rates and ample employment opportunities, Charlotte could be considered one of America’s most livable cities. Charlotte also has one of the most affordable housing markets in the country at 23% below the national average making Charlotte the perfect city to build your dream home in.

Charlotte is well known for its major contributions to the U.S. financial markets. In fact, it is the second largest major banking city in the country with New York City, NY taking the lead. Bank of America is headquartered in Charlotte, and the East Coast operations of Wells Fargo, formerly Wachovia, can also be found here. However, banking isn’t Charlotte’s only business. 10 Fortune 500 companies are either headquartered here or have corporate operations in the Charlotte area including: Wells Fargo, Bank of America, Lowes, Family Dollar, and Chiquita Brands International among others.

Charlotte also hosts a number of major players in the world of professional sports. The Carolina Panthers, a member of the National Football League and the 2013 NFC South Champions, and the Charlotte Hornets, a member of the National Basketball Association, both call Charlotte home. Charlotte also plays host to the NASCAR Hall of Fame museum. Speaking of NASCAR, nearly 75% of NASCAR industry employees are located nearby. If you’re a race fan, Charlotte is the city for you.

Charlotte’s weather is considered to be a humid, subtropical climate. Residents experience all four seasons throughout the year. Winters typically are short and cool. The last white Christmas occurred in 2010, but before that it was 1974. Summers tend to be hot and humid. Autumn is normally drier than spring.

With over 17,600 acres of parkland and plenty of additional attractions, Charlotte is the perfect city for those who love to play. Spend a day or the entire season at Carowinds Amusement Park featuring the Drop Tower and Carolina Cobra thrill rides as well as Boomerang Bay Water Park. For the more adventurous, the U.S. National Whitewater Center boasts a 400-acre facility that features whitewater rafting, flat-water activities, treetop canopy tours, and a race series.

We love our great city, and know you will, too. Contact Madison Homebuilders if you want to learn more about building a custom home on your lot in Charlotte, North Carolina. We’d love to work with you to help you build your dream home!

To download our free plan book, simply fill out this form.